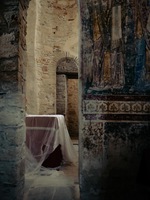 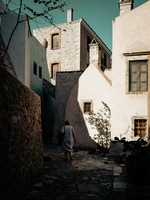 Monemvasia is an island, a town and a municipality in Laconia, Greece. The Lower Town is located on a small island off the east coast of the Peloponnese.

During the Byzantine period, when its defences were completed, the town's geographically strategic position made it an ideal base for military operations. The Byzantine state declared it an administrative centre for the imperial lands in the Peloponnese.

Additionally, it was a religious centre and also functioned as a base for the Byzantine fleet's battles with the Arabs. The town flourished as a naval and merchant hub, resulting in the development of the Lower Town on the southeastern side of the rock, shortly after 900 AD.